The Walleye, also known as Sander vitreous, is a freshwater fish species that belongs to the perch family. Natively, they occupy a geographical area stretching from most parts of Canada to the Northern sides of the United States. Their general appearance features typical colorings with a white to off-white belly, dark olive back with golden sides. Young ones have dark spots on their backs and sides which ultimately fade off as they mature into adults. The male species attain maturity at about 3 or 4 years whereas their female counterpart matures at 5 years with lengths reaching at least 30 inches and weights of 15 to 25 pounds depending on the availability of food.

Spawning takes place in winter where adults migrate to find areas with rock and gravel inside the river; with females laying as many as half a million eggs in every spawning season. Walleye have a simple diet that includes larvae and planktons but have been known to feed on other fish such as yellow perch and ciscoes.

The Walleye is a highly valued species because of its looks, size and tender meat that makes very lovely flavored fillets. They are also a very elusive species, an aspect that makes them the perfect target for sports fishers. All these factors make them highly sought after and very viable economically; that is why they fetch high prices at the markets. There is a variety of fishing techniques used in catching this species; these will include the following:

Fishing with a Downrigger

A downrigger is a trolling device that allows you to set lures at an exact depth. It’s typically a boom arm with a steel wire spool and a single or dual rod holder located above the arm. A heavy weight is connected to the end of the steel wire, and another steel wire which contains a release and a lure is connected the weight. When using these tools, it’s essential to change the depth of weights to give the fish different targets. Most fishers use more than one downrigger to maximize the probability of the catch.

Fishing with a Planer Board

Planer boards are also trolling devices that are mostly harnessed in shallow waters. Similar to downriggers, planer boards enable you to fish multiple lines and drop your lures away from the boat. The average planer board has two vertical runners parallel to each other and separated by steel rods; with a mast that is mounted near the bow of the boat. This allows you to alter the distance between the boat and the planer board. There are two types of planer boards; a dual planer which allows a set up of up to five lines on each side, and an inline planer which allows the board to act as a strike signaler.

Fishing for Walleye in the night offers anglers a unique fishing experience. It puts you in a position to catch the larger members of the species that are notably elusive. At night, the fish feeds in shallow waters, meaning you can catch them from the bank, wade in or throw a troll from a vessel. Some fishermen have claimed that the best areas for night fishing are found in narrow entrances to bays and docks.

This technique involves the boat either being stationary or moving slowly on the water surface. A jig is gradually dropped into the bottom of the water from the boat by the angler. As it drops, the fish pick up the jig, the angler can hence maintain a slight tension by dropping the rod tip. This enables the angler to notice the bite by watching the line. If the jig seems not to be reaching the bottom, it probably is in the mouth of the fish. There are different approaches to this technique which includes drag, twitch, suspend, snap, etc.

Walleye fishing is generally not an easy feat. It has its own challenges and dangers that come with fishing in the night. No wonder mostly experienced anglers who venture into such waters. Some of the strategies that these fishermen use to ensure a successful fishing expedition are as follows:

Using light lines ensures there is less drag and resistance when using a lure. This allows the fish to suck into the lure more quickly while preventing you from getting a short strike.

An L-shaped bottom bouncing rig offers a great way to fish. The rig bounces up and down off the bottom as you retrieve the line, posing a great way to attract the fish. It gives them the chance to strike hard especially if you are going slowly and steadily.

Most fishermen going after this species tend to prefer artificial lures. According to them, the best type is a brand that emulates the look and motion of real baitfish accurately.

Experience has it that minnows are the best live bait to utilize in the search for this fish species. A 2 to 4 inches long minnow is all you need when it is hooked through the lips or behind the dorsal fin by a 1 to 4 inches long hook. Besides that, adding just a few split shots to the line and reeling in slowly after you cast slowly is advised.

What makes Walleye such an elusive species is the ability to detect any little turbulence in the water and to flee from them quickly. This means they are very alert fish that can easily be startled by a boat pulling up, especially if it’s powered by gas. To make sure you do not attract their attention, attempt coasting to their location from 40 to 50 inches out.

While presenting the bait or lures, the scent is something to be wary of. Unnatural scents on the jig can act as an easy tip-off for the fish and have them darting off in a dime. It is best for lures with man-made scents to be avoided for this reason. 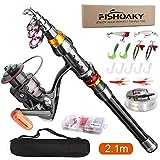 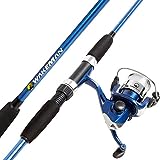 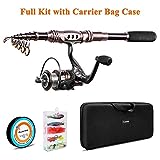